Sam Wareing and I first met when I visited Berlin in July 2014.

It was the height of a stinking hot summer, extremely humid, and glorious as Berlin summers are wont to be. I remember being shocked that a Central European city could have such capacity for a ‘Darwin summer’, a place I’d also lived, with weather I’d been equally astonished by.

My husband Oliver and I spent 10 days soaked in sweat zooming around the cobble-stoned streets, getting to know the city. At the back of our minds we were scoping it out hopefully, as a potential place to live. Meeting Sam, and listening to what she had to say about it, helped clinch the deal.

I was also there to write an article for Double J about Australian musicians in Berlin. A musician herself, Sam was one of the helpful people who’d shared names, and spoken with me. It was a great interview but a long list: unfortunately I was unable to fit her story into the piece. So I wrote a second feature elsewhere, highlighting Sam and her solo artistic project, “Wasp Summer”.

A few months after Oliver and I returned home to Central Victoria, Sam visited. Born in England, raised on the Gold Coast and studying in northern NSW, later she became one of the Melbourne indie scene’s stalwarts: those people who work tirelessly in the background, keeping it ticking over without a great deal of recognition. She honed her performance skills there too, fronting “soundtracked spoken word” band, “The Mime Set”.

It was the first time she’d been back in five years: Sam organized a slew of gigs up and down the East Coast and played an “unexpected reunion” with her old band.

In Castlemaine I photographed Sam as Wasp Summer onstage at The Bridge Hotel. She howled at the moon, sang up a storm, and regaled us with cheeky stories about life in Berlin, including her brut ‘initiation’ by a Berliner barfly, who within minutes of Sam’s arrival began skeptically quizzing her about whether she possessed the gumption to last a Berlin winter.

“Do you have a project?” the woman groaned, exhaling a heavy cloud of smoke and rolling her eyes wearily.

But Sam’s Wahlberliner status is assured: years on she’s still here with no plans to leave. She’s worked hard at making Berlin home, and at finding a tribe not so distant from the one she left in Australia – musicians and artists mostly, also doing their ‘thing’ with similar commitment and courage.

We’ve even started a podcast together: Samantha Wareing enjoys a fab turn of phrase, you’ll see… 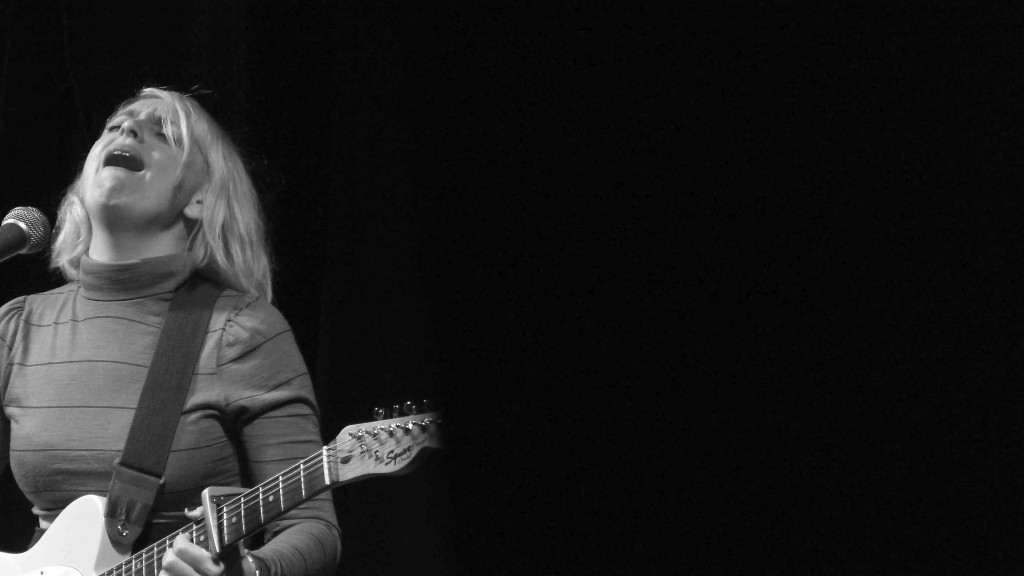 Wasp Summer: I’ve been singing, performing and getting lost in music ever since I can remember, and I started my first band at 15. We were a glam rock covers band called Decadence, and even though I’d done quite a bit of musical theatre, I knew rock was my first love and path.

When I moved to Melbourne, after studying singing at University, I had a year off performing. In that space, I started to see the delicate connection between audience and performer more clearly. I came to the conclusion that it has very little to do with ego and mostly to do with holding open a true channel between the message, the givers, and the receivers. This started me writing my own songs.

After performing for 10 years in Melbourne originals bands, I knew I needed to find myself – and my own voice again. I needed to become a rounded musician, not just a singer fronting a band. I wanted to learn another language, live in an old city, travel, learn to play solo, and find a home for all the songs that didn’t fit into bands. In the summer of 2008, in Berlin, “Wasp Summer” was born.

CF: What do you love about singing and performing? What keeps you motivated to do it?

WS: I know! Partly, it’s habit. I’ve been doing it for so long it’s intrinsically part of who I am. But I search always – or hold myself ready for – that connection, that alchemy that happens when the song is truly coming through me and I’m no longer hands and strings and amps and chords and lyrics – but when I’m a song and people are receiving that song.

It’s an ephemeral moment, performing live. It happens and it’s gone. I know it, and trust it. 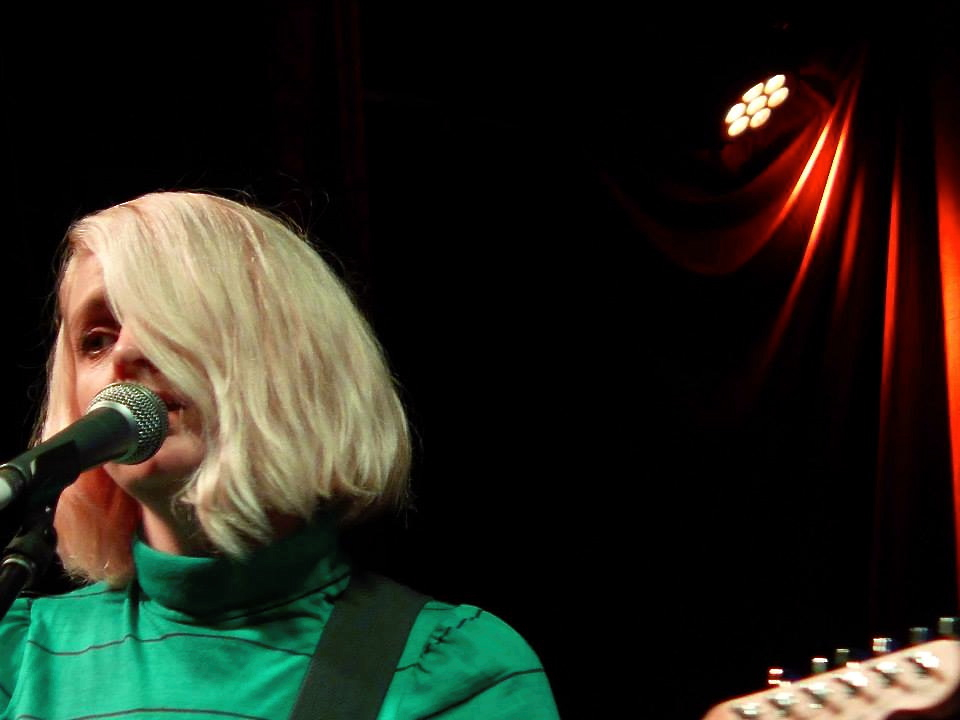 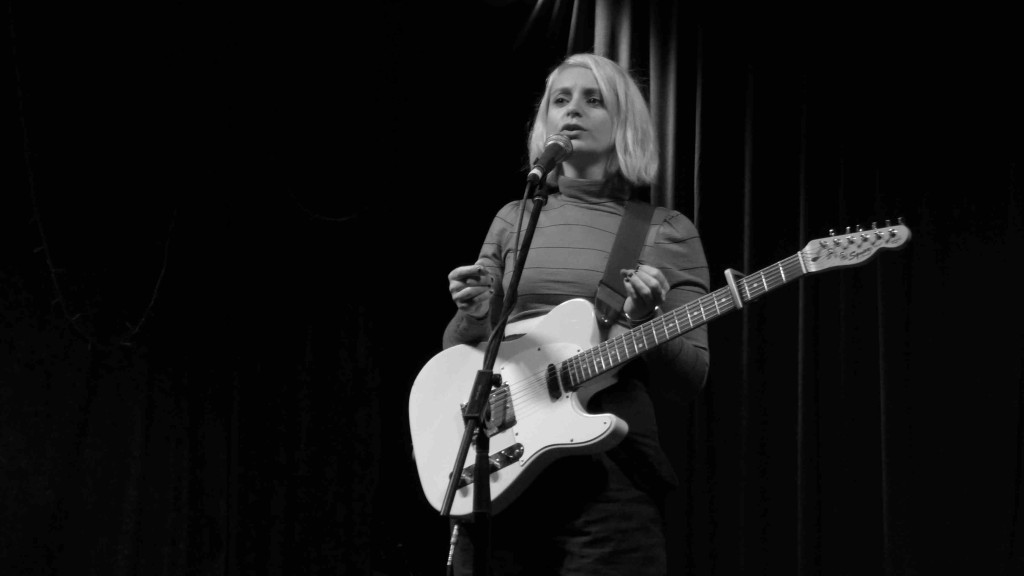 CF: What kind of ‘freedoms’ does Berlin offer a singer/songwriter such as yourself, that Australia does not? And vice versa?

WS: Hospitality, and an unquestioning acceptance of your right to be travelling as a musician – and the chance to play every two hours by road, instead of every twelve hours [as you do in Australia.]

But Australia gave me my road-worthiness – my ability to get to any show, under any circumstances – and still pull out something good to witness.

CF: Would you share some of your “best” and “worst” gig stories with us – both from Europe and performing in Australia?

WS: The hospitality I’ve experienced as a touring musician in Europe has been lovely, sometimes overwhelming. Sleeping in people’s beds, eating home-cooked meals, being picked up and dropped off at stations, introduced to people’s friends… People respect music-making in Europe, and are always happy you came to play.

It can be difficult to be a woman in the music industry. I was playing in Grafton, Australia, when the captain of the local rugby team decided that I was his prize for winning the Grand Final, and tried to drag me off-stage mid-song and out to the carpark. No-one helped me, not the band, not security, not the audience. I literally beat him with my mic stand to get him off me.

CF: Which other artists inspire you, and why?

WS: People in Berlin like Emperor X and Mute Swimmer keep making record after great record and touring independently. Through my running of house concerts here in Berlin [Sofa Salon], these kinds of independent musicians – who are running their own businesses as well as pushing their sound and storytelling creatively – are my heroes.

On a larger level, people like Björk, PJ Harvey and Neko Case who make the records they want to make, for audiences primed for whatever journey these artists want to take them on.

More than success, having that kind of open-minded audience, album after album, is my dream and inspiration.

CF: If you weren’t a singer, what do you think you’d be doing instead?

WS: I’d be a flight attendant, or concert promoter: something that kept life varied and moving but allowed me to come home each night.

One day I’d like to have a commune/venue/sauna/kitchen where we could teach each other how to make healing food, sing healing songs, and steam the health into our bodies.

CF: What is your concept of home? And why did you make Berlin yours – what attracts you to it?

WS: Berlin is a laboratory for all your wildest ideas. I’ve had 6 ½ years of experimenting with my art and life. I have a community here, and a vast amount of interesting options to increase my knowledge of myself and my world.

Also, we’re in the middle of Europe, in the capital of a key country that has some big decisions to make about how it treats people here and across the world.

These are very interesting days to be alive and living here…

Thanks to Sam Wareing for the interview!

Circus Folk + Flower Punks  is the performance and portrait exhibition at the Australia Embassy in Berlin, which features work by myself and Kate Seabrook (March 9 – May 27). This is a series of interviews I did with some of the artists I photographed.